(later Mangamixer). The first game in the series was released on June 14, 2013, which was expected to have 20-parts of the game, but was on hiatus due to some low views of other games.

Tigzon was originally created by Gamerdeath722, in which the series was described as a spirtual sucessor to his old platformer game, Flash Adventure. The orignal Tigzon game takes place in a fictional universe, known as Nexus, which follows an adventure of a 16-years old teenage boy, Alex Randy Chang, who has an ability to transform into a tiger-cat/human hybrid creature, who calls himself Tigzon. The plot revolves two alienated teenage girls, Leaf and Tina Loola, alongside with their Puffies, who they were kidnapped by Rex Chang and his RED soilders, which their plans is to destory their universe, Marx. Tigzon must save them and their home planet from the RED Headquaters.

The original game had ended up on hitaus, after a demo version of Tigzon PART 4, probably due to some low views of other games, leading the series in cliff hanger. After Gamerdeath722 transferred to Mangamixer, some Tigzon games, including spin-offs, Tigzon Battle and Tigzon on Game Boy, has some references and homages to the original ones.

Tigzon's Adventure (formally known as Tigzon Recoded) was orignally going to be a remake to the original games, but privated and cancelled, due to some glitches and has some non-cannon elements to the series.

In 2014, Mangamixer released a remake to the orignal game for his alt account, Tigzonworks, titled Tigzon.Updated. The game was less similar to the orignal Tigzon games found on Gamerdeath722 account., but had redone, new smoothed graphics, new enemies and new locations.

According to the Stuffz wiki, Mangamixer announced that the Tigzon series, will be rebooted to it's new roots of the Retro Arcade Creator, following the annoucment of its new Graphic editor. Like the webcomic series,, most of the Tigzon characters will be also redesign, based on its comic appearance, with graphics combining between Sonic Advance and One Piece (GBA) graphics. Rather than being a fixed-view platfrom, the reboot game will be RPG-style platforming, inspired by the Shantae games, mostly Shantae: Risky's Revenge.

Other future project for the Tigzon series, will be an anime-inspired animated web-series, based on its webcomic. According to Mangamixer, he stated that he will ask CManga26, if he can help Mangamixer animate his web-series.

​Alex Chang is the main character of the Tigzon series. He is outgoing, trouble-making teenage boy, who is addicted to video games and action movies. He has an ability to transform into a powerful tiger-cat hybrid creature, who he called himself, "Tigzon".

Tigzon is a transformation of Alex that he is a tiger-cat hybrid creature. His ability can go faster, fight faster and a ability to transform into Super Tigzon, by collecting many crystals.

​Dr. Massona is Alex's mother and a scientist. She was the wife of Mikey Chang, after his death from an plane crush accident. She and Alex moved to Professor Muzuka's lab house, where her friend Professor Muzuka.

Professor Muzuka is Dr. Massona's partner, who used be a co-worker at RED Headquarters. He is responsible for creating his transformation DNA, which he created for Tigzon.

​Leaf Loola is a normal teenage girl from Marx, her home planet, who she was rescued from the RED Headquarters. She is smart, genius and beautiful girl, who she takes care of her own pet Puffy. She is Alex/Tigzon's love interest.

​Tina Loola is Leaf's sister. She is cocky, brat and selfish girl, who she is a crush on Alex's transformation, Tigzon (though she has a crush on Alex). She sometimes upsets with some Puffies that are cute, ball-like creatures.

Rex Chang is a brother of Mikey Chang and a villian of the Tigzon series. His transformation is a strong dragon-like creature that can breath fire blastly.

An upcoming webcomic series of the same name, written and illustrated by "Alex XD" Junaibi, which will update every weekends on deviantArt.com starting June 13, 2014. The webcomics are loosely based on a Sploder game series of the same name and feature new designs of the Tigzon characters, as well as new character, introducing to the series. All comics will be drawn in shōnen manga-style, inspired by manga/anime series such as One Piece and Fairy Tails.

Appearances in other games

​Tell me for other game, cameo by Tigzon, if I've missed something :/ 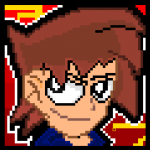 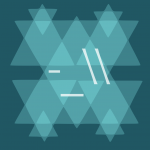